The Mayor and Council of the City of Passaic recently named the public plaza at 665 Main Avenue as the Dr. Joseph Buga Parque in recognition of his contributions to the civic life of Passaic and its residents. Joe was born and raised in Passaic’s eastside, and began his community service as a patrol boy, at the corner of Monroe Street and Hope Avenue, in 1966. Joe earned his Bachelor’s Degree in English and a Masters Degree in Public Administration from Rutgers University in 1974 and 1977, respectively, as well as a doctorate (Ph.D.) degree in Urban Systems, which was jointly conferred by Rutgers University and the New Jersey Institute of Technology in 2015.

Joe has served in the Passaic City government under several administrations and has been active in numerous civic organizations including the Passaic Boys and Girls Club, The Polish American Congress and the Passaic Public Library. Joe has been a proud member of the Passaic Optimist Club since 1974. Joe served as the Club’s President in 1978, Distinguished Lieutenant Governor of the NJ District of Optimist International in 1980 and has been active in organizing the Club’s Youth Appreciation Program since 1981. It is noteworthy that Joe’s grandfather, also Joseph Buga, helped work on construction of the City’s iconic 11-story tower built in 1929 and located at 663 Main Avenue, adjacent to the parque. The Passaic Optimist Club is proud to have Joe as one of its lifetime members and salutes his accomplishments and service to the youth of Passaic! 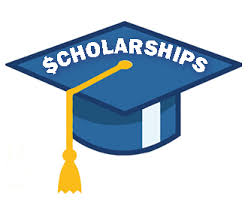